The world of education is undergoing absolute transformation, however a number of educationists have treated the information technology with skepticism. But, the technology  will continue expanding its limits for sure.

Google has revolutionized the world of education in a way that it has become inevitable for it, whether we talk of 'Google Search' or Google 'Apps'. Toppingly, it's been effective in student's engagement but still some people say it brings diversion from the main course. It's been affecting the retaining power of the brain Amazingly, as I feel it's all about the stimulation around and the neural-connections, still a number of educationists are under stress because of the increasing use of Google by the students all over the world.

Google is becoming inevitable for education. It would not be an exaggeration to say that Google is going to be taken in as a regular subject even in primary schools and not so late but in the near future. We might be having an exam of 'Google' like other sciences. We might be having  books (e-book) on Google, which will contain all the magics of 'Google'. The day we will start to have Google as a subject, then only its ill effects could be removed.

It is like, it was in the early nineties, people used to talk about the use of computer and its ill effects, the same happened with the introduction of mobile phones and smart phones. But now we are having information technology as a subject even in K-5 schools. Google has been a part of IT revolution and it has played the role of catalyst in expanding the horizons of IT. It is also playing a leading and important role to determine the way IT will go in future. 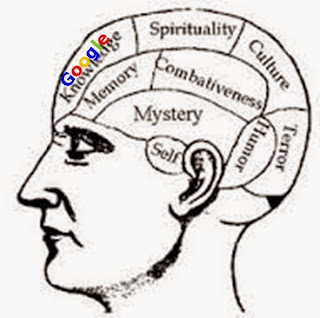 We have realized that Google has occupied our brain, hence we can't avoid it, rather we should learn and be skilled to use it in a better way. In my schooling days a number of times I would wish to have a magic wand to help me in my studies. The teacher would never miss a chance to remind us, "there is no magic wand to help you in your studies hence you need to work hard". The students are using 'Google' as a magic wand nowadays.

Everybody is using Google as the loyal servant. I am unable to imagine a world without Google.The things which become an integral part of our life, sooner or later also become a subject to be studied and researched. So I am talking about 'Googlogy'.

If my supposition is right then the teachers first need to be a student of this Google class only then they will be able to take it's benefits.

About the Author
Author: Narender GilhotraWebsite: http://gilhotranarender.blogspot.in/
Narender Gilhotra has been enjoying classroom teaching for 17 years, and been involved in Maths-English-Science Teaching.
He is passionate about transforming education in India. He is also a Google Certified Teacher, Google Teacher Academy, Sydney 2013 so he serves the education system through teacher training. He is an animal lover and a life long learner.
Like what we do?