"We believe that achieving racial justice requires that we all understand racism and that this is best done through visceral experiences rather than intellectual exercises." – Dr. Courtney Cogburn

Since the 1990s, Virtual Reality projects have been aimed at cultivating empathy for people with serious health conditions. Recently, Stanford University conducted an immersive technology study that discovered that people who underwent a VR experience that enabled them to experience what it would be like to lose their jobs and homes were more empathetic towards homeless people, compared to getting this exposure through other media (such as books, TV shows or traditional films). In one of the studies, 85% of VR participants signed a petition to help homeless people in comparison to 63 percent who read a narrative. Overall, participants in the study were significantly more likely to be sympathetic to the plight of homeless people.

1,000 Cut Journey received a world premiere at the Tribeca Film Festival as a VR project that highlights the social realities of racism. In this VR project, the viewer becomes Michael Sterling, a black man, encountering racism as a young child, adolescent, and young adult. “We believe that achieving racial justice requires that we all understand racism and that this is best done through visceral experiences rather than intellectual exercises,” says Columbia University’s Courtney Cogburn who collaborated with the Virtual Human Interaction Lab at Stanford University on the project.

The Global Search for Education welcomes the film’s Co-producer, Jeremy Bailenson, to discuss the impact of using immersive technologies to connect human beings to social issues such as racism, with the ultimate goal of promoting enduring social empathy and action. Jeremy what was your inspiration for 1000 Cut Journey

1000 Cut Journey was created as a collaboration between the Virtual Human Interaction Lab at Stanford University and the Cogburn Research Group at Columbia University, headed by Dr. Courtney Cogburn. Courtney studies racism and evaluates its effects on mental and physical health. Our lab has done a lot of research on perspective-taking and empathy in virtual reality. Virtual reality can create visceral experiences because it is a unique medium that allows you to embody someone different from yourself, and experience an event from their perspective.

In what ways do you believe a VR Story can add to our understanding of the social realities of racism?

Our lab has done a lot of research on perspective-taking and empathy in virtual reality. In creating virtual experiences, we can increase empathy for others, encourage helping behaviors, improve communication strategies, and enhance education. We feel that these types of experiences are important to focus on as VR permeates society. Never before in history could we allow anyone to instantly step into the shoes of someone else. When you experience something as someone else, for example, experience discrimination because of your race firsthand, it can leave a powerful impression and perhaps encourage awareness and change. “The most important factor in creating a convincing VR experience is in tracking the user’s movements accurately and quickly rendering the scene to update based on those movements.” – Jeremy Bailenson

What have you found so far in examining the effects of this immersive virtual experience on changes in psychological processes such as empathy?

We have conducted several research studies that have shown that VR can increase empathy and pro-social behavior. In a study where participants either became colorblind in VR or simply imagined that they were colorblind, those who experienced the actual visual impairment in VR were likely to spend more time helping someone with the same disability after the study. In another study, we found that having someone become a superhero made them more helpful in a real-life situation following the study. These results show that an immersive experience, where you actually feel as though you are in the body of someone else, or feel as if you’ve taken on a new ability, can especially impact your thoughts and behaviors in the real world.

According to your study so far, what qualities are needed to make up an ideal virtual experience? What do we know about “how immersive is enough” for a virtual classroom?

The most important factor in creating a convincing VR experience is in tracking the user’s movements accurately and quickly rendering the scene to update based on those movements. Good tracking and rendering capabilities surpass other factors like graphical quality or photo-realism in terms of feeling immersed in the environment. We’ve found that with convincing tracking systems, people will respond to VR as if it is real, even with fairly rudimentary graphics.

What new social issues or important questions have arisen from the use of immersive VR communication systems? How do you see this evolving in the future?

There’s a long line of research about social presence in VR that suggests that we tend to treat digital representations more or less as we would real people. In fact, even the mere belief that you are interacting with a real-time representation of another human makes you behave differently than you would if you were interacting with a computer algorithm. There are certainly still differences between interacting in VR and interacting face-to-face. However, if we do succeed in creating a social experience in VR that feels like it does in real life, it could have an enormous impact on the world. For example, if you could have a meeting in VR that felt real, then you could cut down on the amount of time spent traveling in a car, plane, etc, significantly.

For More information on Jeremy Bailenson. 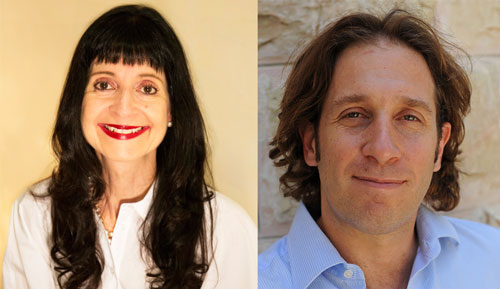